THE ALL NEW ACCO 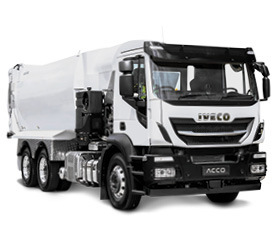 The current shape ACCO was introduced in 1972 and was further developed on that platform culminating with the introduction of the Euro 5 2014 model year variants. Ever increasing emission and safety requirements meant that with the major changes introduced by 2014, the current model had reached its full development potential.

The good news is though, that an all-new ACCO has been developed and is now in the final weeks of extensive real world local trials with several high profile customers.

Scheduled to be launched in New Zealand in the first quarter of 2020, the new Euro 6 ACCO will still be manufactured in Australia and has been developed specifically for New Zealand and Australian markets, to ensure it is fit for task.

Initial models to be released are aimed at the vocational market, specifically for compactor and hooklift bin applications which were a mainstay of the previous generation ACCO.

Full details will be provided closer to launch.